This pump station was constructed in 1954 to convey sewage from the Downtown Interceptor sewer to the then-new sewage treatment plant.  Upgrades to pumping capacity, the pump station building, and controls have been made over the years since, but no complete overhaul of this station had ever been attempted.

In 2013, the Commission determined that a full-blown upgrade project was warranted to insure the continued functioning of this important station.  New pumps and controls are being installed, along with a new force main pipe that will connect to the new headworks structure at the plant.  New piping within the pump station will connect to a flow meter that will for the first time allow us to directly record flows from this station. 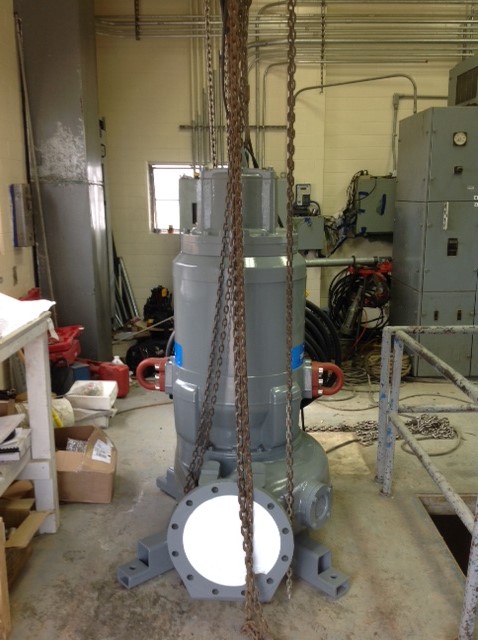 The new force main occupies a “shelf” along the Ohio River that is in the floodplain and thus un-buildable.  The old 1954 force main weaves through neighborhoods and even passes under some buildings. 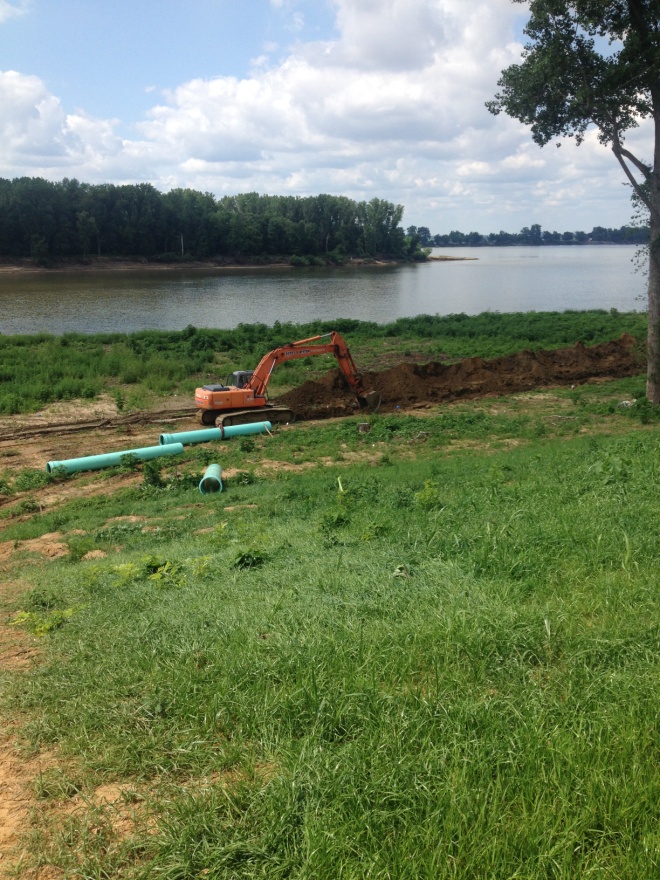 The station reconstruction involves installation of massive steel piping, new pumps and controls, and also includes adding variable speed controllers to the station.  The controllers (called VFDs for Variable Frequency Drives) act as large rheostats, similar to dimmer switches.  The old control system consisted of simple, on-off controls which can lead to water hammer and other problems in the system.  The VFDs allow the new pumps to be turned on and off in a smooth manner, and allow adjustment of pumping capacity in an even manner across a whole range of flow rates. 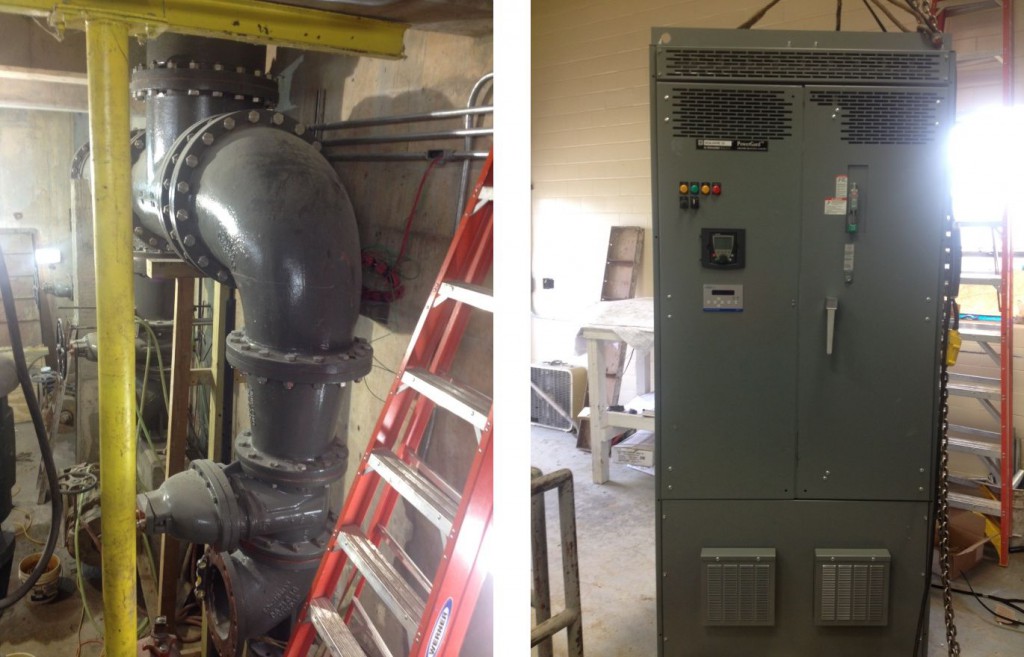