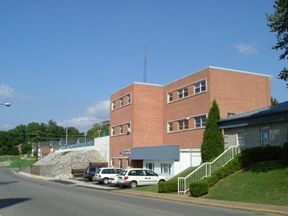 Henderson’s first public water supply and public utility was a “town pump” and a well dug in the early 1800’s located at the intersection of Main and Second Streets.  It was used extensively as a “watering hole”.  As time passed, other public wells and watering troughs were also made available.  In 1859, after years of providing refreshing water to citizens, livestock, and passerby, the town pump was removed and the well filled in by order of the City Council for sanitary reasons.

In 1872 a petition was filed with the City Council to establish a system of water supply for the City.  The proposition of selling bonds to finance the new “waterworks” was approved by a large majority of voters in a June 1873 special election.  A Board of Water Commissioners was appointed in 1875 and construction began on a new waterworks and supply system.  Construction was completed in the spring of 1876 at a total cost of $115,500.  Water was first turned into the pipes on July 1, 1876.  The original plant was located on Merritt Drive, across the street from the current location of Methodist Hospital.

The new system consisted of:

Water was pumped directly from the river into the reservoir where some of the mud settled out and the clearer water was pumped by the booster pump into the higher standpipe tank and into the distribution system.  At the time the settled water was considered a pure and abundant supply for any and all purposes.

Initially, the booster pumping engine was only needed to pump one day out of seven to fill the standpipe.  The standpipe volume was then used to supply the demand for the next six days.

Water treated in this manner was pumped into the distribution system for some years without the benefit of either disinfection or filtration.  However, periodic epidemics, an increasing population and industrial demand gave rise to the beginning of a series of improvements.

The first significant improvement made toward the betterment of Henderson’s water supply was the addition of sedimentation and filtration to the original water treatment plant in 1916-17.  Consisting of six filter beds, one settling basin, ultraviolet disinfection, and a finished water storage reservoir of 80,000 gallons, the newly improved plant was capable of processing 3.75 million gallons of river water daily.  The treated water was pumped into the original 3.0 million gallon reservoir to provide pressure and storage for the distribution system.  The UV disinfection system was featured in an article in the Engineering News Record in November 1917, and was described as the first in the world designed for use in connection with a municipal waterworks.

An additional sedimentation basin and two flocculation basins were added in 1937.  The plant filtering capacity was expanded to 5.0 million gallons per day (mgd) in 1943, which was the last expansion work performed at this location.

The large pressure-type ultraviolet-ray sterilizers in operation in Henderson back in 1917 were the first of this type in the world designed for use in connection with municipal water works.  Read the feature article that was published in the Engineering News-Record on November 29, 1917  (Vol. 79, No. 22). 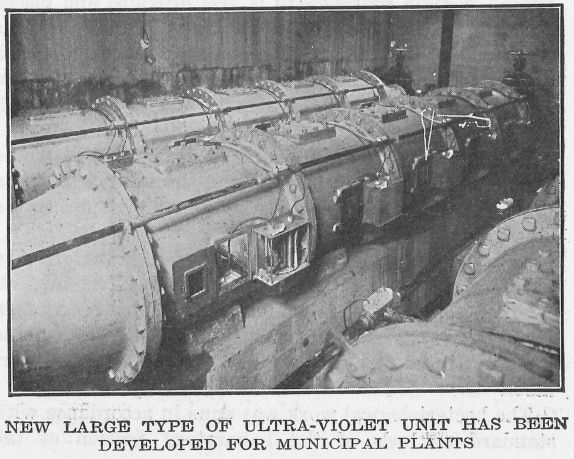 In 1960 the Water Commission decided to construct the present plant located on Water Street, due to the location and age of the original plant, and to locate the new plant well above the highest possible river flood waters.  The plant was constructed in 1961 and consisted of a raw water and high service pumping station, flash mixing, three (3) combination flocculation-sedimentation basins, six (6) rapid sand filters, chemical feeders, a laboratory, offices and a finished water storage reservoir, or clearwell.  The design capacity of the plant was 6.0 million gallons per day.

A rehabilitation project was completed in early 1990, expanding the capacity of the plant to 12.0 mgd.  An Engineering Study had been conducted in 1985 that recommended increasing the capacity of the plant, utilizing conventional technology, to 9.0 mgd at a cost of $1.7 million.  In the interim, the average daily demand had already exceeded the plant capacity, and peak demand was in excess of 9.0 million gallons per day.  By extensive evaluation and in-house design, the capacity of the plant was doubled at a cost of $1,806,000, well below the 1985 estimate on a per-unit cost basis.  This was accomplished primarily by using the latest high rate technology within the confines of the existing structures.  This plant was the first in Kentucky to utilize this specific technology, called “super-pulsators”.  The super-pulsators perform at a higher rate than conventional technology, and produce better quality water.

From 1961 to 2008, raw water for the North WTP was pulled from the discharge of the cooling water flow for the Station One power plant owned and operated by Henderson Municipal Power and Light (HMP&L).  When the power plant was in operation, this raw water was considerably warmer than water drawn directly from the Ohio River.  This warm feed water caused higher use of chemicals than normal, and the draw-off arrangement required the water to be pumped twice to get into the treatment plant.  In 2006, HMP&L announced plans to mothball or abandon Station One, and the river intake for the power station was turned over to HWU for maintenance.  Staff developed a project to renovate the Raw Water Intake, since the structure, pumps and piping dated from the original construction of Station One in 1955.  The renovation consisted of:

The four new pumps (two at 250 Hp, two at 150 Hp) all operate on variable frequencies to allow smooth dialing up and dialing down of flows.  The equipment for this project was procured as part of a Federal grant for Riverfront Development.  The portable diesel pumps can be used as backup pumps in other parts of the HWU systems.

Construction of the Raw Water Intake project was completed in January 2013.

HWU has contracted with a consulting engineer to perform an evaluation of the NWTP and recommend improvements.  A project is currently in the design phase to rehabilitate the flash-mix basin, renovate the sedimentation basins, and make other improvements.  A future project will address less pressing concerns.

Additional information on this rehabilitation project is available in our “Projects” section, here.