Henderson Water Utility is working closely with the Fire Department to upgrade fire hydrants around the city.

The tops of hydrants are painted in colors to indicate how much flow they can produce in gallons per minute (gpm). 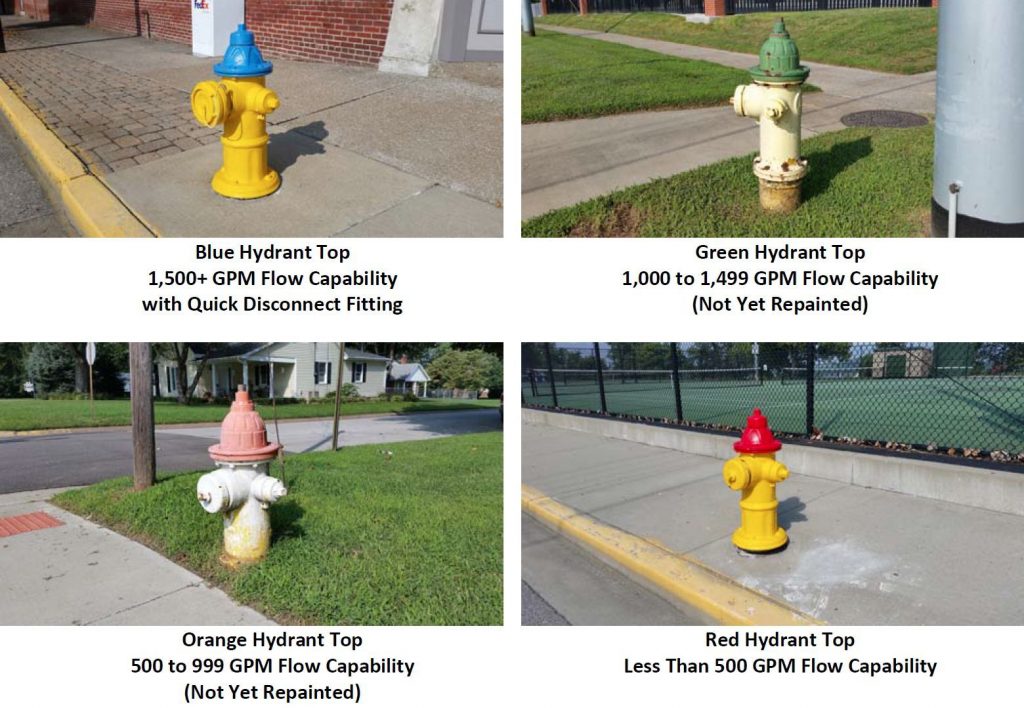 All “Blue” and “Green” hydrants are also being upgraded with quick disconnect fittings.  That will help save precious seconds in the event of a fire emergency.  We are using iPads with Cityworks inspection forms to collect hydrant attributes such as manufacturer, serial number, and year the hydrant was installed, etc.  The inspection information in the iPads will be linked back to our GIS database to update attributes.

We are also changing the way we flush and flow test hydrants, which may help to improve our ISO rating and help with insurance costs throughout the city.